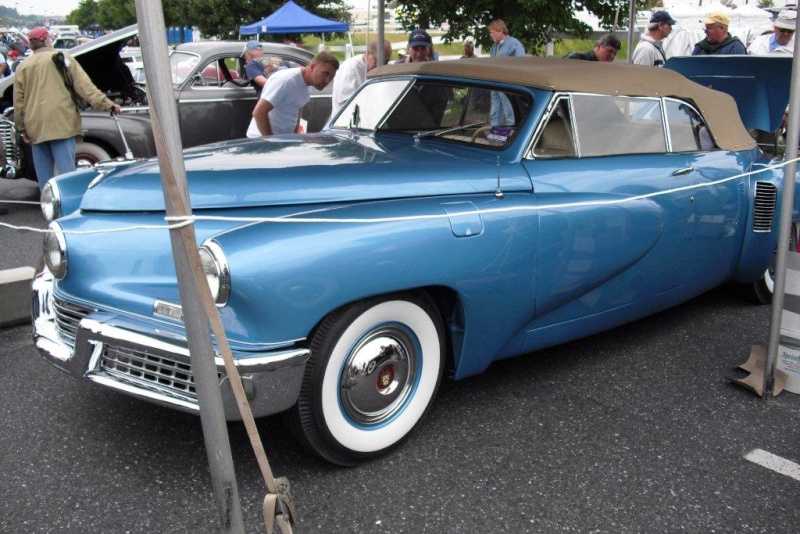 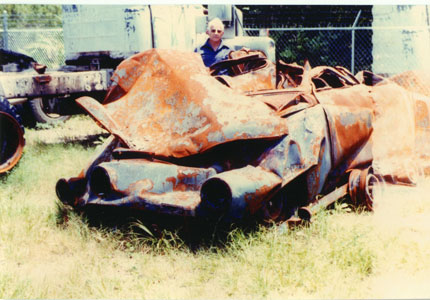 Suspension designs, especially the front suspension, had to be changed throughout development. Rather than springs, Tucker used an elastomeric (rubber) 4-wheel independent[10] suspension similar to that which was used on the race cars he developed with Harry Miller at the Indianapolis 500. The rubber elastomers were developed with assistance from the Firestone Tire Company and used a special vulcanization process to produce a specific spring rate.

Tucker's suspension designs were plagued by severe stiffness throughout development which, while good for handling, caused front wheel corner lift when cornering on uneven surfaces. The test bed and the Tin Goose had a double-rubber disc type front and rear suspension, similar to Miller's race cars, which was too weak for the weight of a passenger car. On cars #1001 and 1002 the rear wheels could not be removed without removing the fender or suspension due to the stiffness of the suspension and the rear wheel arch fender design. On cars #1003-on the rear fender shape was changed so the tire could be removed easily. Aside from the fender changes, the rear suspension remained the same from car #1001-on.

The front suspension was installed in 3 versions on the car (aside from the rubber-disc style used on the Tin Goose). Cars #1001–1002 used a rubber torsion tube design which suffered from severe toe-in during heavy braking. Tucker then switched to a rubber sandwich-type suspension (with a rubber block sandwiched between upper and lower A-arms) on cars #1003–1025, however this type was severely stiff. On cars #1026-on Tucker finally settled on a suspension design with a modified version of the rubber torsion tube with the toe-in braking problem corrected.