Brown purchased the car on May 9, 1969, for $5,245.97. The last recorded warranty work occurred in September that year, when Brown had the door glass adjusted. At that time, the registered mileage was 1,665. By 1973, Brown had stopped driving the car altogether, storing it in his garage with just 8,531 miles on the clock.

Internet skeptics, however, have doubted the car's originality, analyzing the pictures for any evident discrepancies. It all started with the barely-worn Goodyear tires, appearing too new for 8,500 miles. This progressed when the keen-eyed pointed out that the tires were 8-digit Goodyear codes, made only during 1970 and '71 — making it impossible for them to be original on a car from 1969. Commenters also questioned the engine's mileage due to the "amount of oil blow by all over (the) front of (the) motor and on (the) valve cover."
This was challenged by Dane Hooper, an individual managing the estate, responding that the residue on the engine "looks like a thin film of undercoating or Cosmoline." This would make sense given Brown's obsession with keeping the car pristine (note the mud flaps to protect the quarter panels and fine wire mesh to keep debris from damaging the radiator). The coating may have been added to prevent corrosion prior to it being stored for 40 years.

After speaking with one of Brown's close friends and mechanic, Hooper clarified that the tires were indeed changed due to the original's inability to stay balanced for more than 500 miles. The front two tires were replaced under warranty with the rears being switched some time later. The production line wheels, however, remain original.

According to Hooper, the car was maintained by Brown even when he wasn't driving it — firing the motor as recently as three years ago. It was known throughout the neighborhood that, when Brown did drive his Shelby from 1969 to 1972, he refused to drive it in the rain or even hose wash it for fear of rust: "If this car has been hose washed," the listing states, "it probably occurred at the detail bay of the selling dealer before delivery." 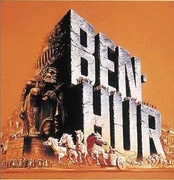 The Don McNamara Corvette coupe was purchased from the executors of the estate in 2012 by Dr. Mark Davis, who arranged for it to be unveiled and displayed in the entrance to the Bloomington Gold Great Hall in June of that year. At that time, as now, its odometer showed 2,996 miles. Until its unveiling there, it had been seen by only 12 people. It had only ever been driven by Don McNamara. Only two other people were ever known to have sat in the driver’s seat, and no one had ever occupied the passenger seat. It had never seen the rain or been washed with water and since its discovery had never been cleaned, sat in or touched.

besoin d'une petit lavage et de l'air dans les pneus!
This was a “true” 360HP Fuel Injected-Factory Corvette, and per the ORIGINAL OWNER and as best that I can tell, it came with “EVERY” possible option that was available “during the time it was ordered” through Chevolet, about 9 months before it’s production release!,….. including a “factory hardtop”…. “on the car”… (and not one that was just sent to the Dealership as an option for a car)!!!!! This car was ordered the day the owner of the dealership got the very first “look at” the “brochure” showing this new model year design that would coming out in 1963 and before it was even released to the “public” …..AND there is so much more with this car that truly makes it a “one in a million”, this car was one of the very first 1963 “CONVERTIBLE” Corvettes to be “ordered”, produced and sold to the public!