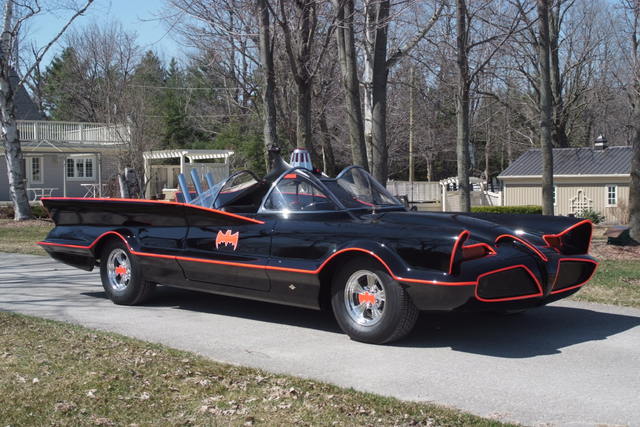 1. Owner shall mechanically and structurally construct and modify the interior and exterior of its proto-Lincoln Chassis pursuant to and in accordance with:

(a) Those three (3) certain drawings of the "Batmobile" motor vehicle (hereinafter referred to as "Batmobile I") prepared by Owner at the request and direction of Producer and heretofore delivered to Producer,

(b) Those three (3) certain sketches and one (1) working drawing subsequently prepared by Producer and delivered to Owner which alter and modify said drawings prepared by Owner, and

(c) That certain list of requirements heretofore delivered to Owner by Producer which are to be included in Batmobile I.

2. Owner is to complete the aforesaid construction and modifications of Batmobile I and deliver said Batmobile I, so constructed and modified, to Producer at 10201 West Pico Boulevard, Los Angeles, California, no later than October 11, 1965.

3. Producer shall pay to Owner the following sums:

(b) Four Thousand Dollars ($4,000.00) if merchandising rights are obtained as provided for in Article 8 hereof prior to the commencement of the pilot motion picture tentatively entitled "BATMAN" (hereinafter referred to as the "Pilot"), or Nine Thousand Dollars ($9,000.00) upon completion of principal photography of the Pilot if said merchandising rights have not been obtained prior thereto.

Said sums are subject to recoupment by Producer from the net profits of merchandising rights, if any, are provided for in Article 8 hereof.

Producer shall not be obligated to utilize the Batmobile I in the Pilot or in the episodes of any television series based thereon. Producer's sole obligation, subject to the terms and conditions hereof, is to pay Owner the compensation herein provided for.

4. If Batmobile I is not constructed and modified, and delivered to Producer, as herein provided for in Articles 1 and 2, respectively, then this Agreement shall be null and void and Owner shall immediately reimburse Producer in the sum of Five Thousand Dollars ($5,000.00).

5. Producer may, without the payment of additional consideration to Owner, retain possession of Batmobile I for such period of time as Producer may require to complete principal photography of the Pilot.

Upon completion of the Pilot, Producer will deliver Batmobile I to Owner as Producer's place of business.

6. Owner grants to Producer the alternative options to (i) either rent Batmobile I from Owner at the rental rate of One-Hundred Fifty Dollars ($150.00) per day (during which rental time Producer shall retain possession of Batmobile I) or, (ii) to require Owner to construct and sell to Producer a motor vehicle (hereinafter referred to as "Batmobile II") which shall be identical, except for the chassis or may be otherwise be mutually agreed upon, to Batmobile I, at a cost of not less than Ten Thousand Dollars ($10,000.00) or more than Twelve Thousand Dollars ($12,000.00). Either of said options may be exercised by Producer by written notice to Owner any time prior to August 15, 1966.

7. Any and all right, title and interest in and to the design of Batmobile I resulting from the application of the required Batmobile features in and to Owner's proto-type Lincoln chassis, save and except the name "Batmobile" and the Batmobile features set forth in Article 10 hereof and in the drawings and exhibits attached hereto, and of the completed Batmobile I provided for in Article 2 hereof, shall forever be vested in and owned jointly by Owner and Producer, subject only to any and all right, title and interest of National Periodical Publications, Inc. (herein referred to as "National Periodical") in and to said Batmobile features in said design.

8. Subject to the approval first had and obtained in writing from National Periodical, Producer shall have the right to acquire and own all or any part of the merchandising rights in and to Batmobile I and II. Merchandising rights are defined herein as the right to license the use of the design of Batmobile I and II in connection with such items as clothing, toys, games, jewelry and replicas thereof.

Out of one hundred per cent (100%) of the gross profits received from such merchandising rights in and to Batmobile I and II Producer shall deduct and pay all costs and expenses incurred in connection therewith and thereafter the net profits from said merchandising rights shall be divided and distributed as follows:

(a) A sum equal to twenty-five per cent (25%) shall be paid to Greenway Productions, Inc.

(b) A sum equal to twenty-five per cent (25%) shall be paid to Twentieth Century-Fox Television, Inc.

(d) A sum equal to twenty-five per cent (25%) shall be paid to American Broadcasting Company.

If such merchandising net profits are realized then (i) prior to dividing and distributing any such shares of net profits, Producer shall deduct from such total net profits the sum of Nine Thousand Dollars ($9,000.00) or Fourteen Thousand Dollars ($14,000.00), whichever is applicable, to recoup the cost of constructing and modifying Batmobile I as provided for in Article 2 hereof and (ii) if Producer exercises the option to rent Batmobile I as provided for in Article 6 (i) hereof, Producer shall deduct from such merchandising total net profits from all the rental fees of Batmobile I in excess of Ten Thousand Dollars($10,000.00) to recoup the cost of such excess rental fees.

Any proceeds received from such exhibition shall belong to Owner.

If Owner constructs and sells Batmobile II to Producer, then at such time, Owner may exhibit Batmobile I without the approval of Producer as to the time and place, but still must have Producer's approval as to surrounding circumstances that might in any way conflict with the interest of the network, sponsor or Producer.

Producer shall have the right, at its sole cost and expense and without the payment of any consideration therefore to Owner, to exhibit Batmobile I during such times that Owner is not exhibiting the same, and Batmobile II, if ordered, at any time.

10. Nothing herein provided shall limit, restrict or prevent Producer from having other individuals, partnerships or corporations prepare drawings and sketches, to construct and modify, and to sell or lease to Producer other "batmobile" motor vehicles; provided, however, that neither Producer nor such other individuals, partnerships or corporations may exactly duplicate Batmobile I or use the design of Batmobile I or Batmobile II as set forth in the drawings and exhibits "A" through "D", inclusive, or as completely constructed and modified as provided for in Article 1, 2 and 7 hereof, and as resulting specifically from the application of the required batlike features to Owner's chassis except for the use of the name "Batmobile" and such "batmobile" features as the Batface, Bateyes, Batwing Rear Fenders, double cockpit, cockpit arch, jet intakes and exhaust and the requirements set forth in Exhibit "E".

11. Owner shall not sell, license, assign, utilize in any manner or enter in to any agreements or commitments respecting the design as set forth in the drawings and exhibits specified in Article 1 hereof or the design of either Batmobile I or Batmobile II, or both, nor construct or build, in whole or part, duplicates or recognizable modifications of either Batmobiles without the written approval of Producer first had and obtained.

That either Batmobile I or Batmobile II, or both, shall be modified and constructed by Owner in good, skillful and workmanlike manner, free from defects in material, labor and workmanship, for the purposes for which they are intended, to wit: television motion picture production, and may be operated on public streets and highways free from any dangers inherent therein.

Owner shall indemnify and hold Producer harmless from and against any and all claims, demands or causes of action on account of injury to or death of any person or persons or on account of of damage to or destruction on any property in any wise resulting from or arising out of misrepresentation or breach of warranty or any negligence in the construction and modification of Batmobile I or Batmobile II, or both, so long as Producer makes no substantial modifications thereto.

13. Producer represents and warrants that Batmobile I will be operated only by such agents, servants or employee who are licensed by the State of California to operate motor vehicles.

14. Producer shall indemnify and hold Owner harmless from and against any and all claims, demands or causes of action or on account of damage to or destruction of any property in any wise resulting from or arising out of negligent operation of Batmobile I by Producer's agents, servants or employees.

15. Producer shall be liable for any loss or damage to Batmobile I from any acts or omissions of its agents, servants and employees during such periods as Producer has possession of same and any damage caused thereby to Batmobile I shall be repaired by Producer at its sole cost and expense.

16. Each of the parties hereto shall at their sole cost and expense, maintain or procure and maintain public liability, property and fire insurance on Batmobile I during such times as the parties have possession thereof.

18. Owner may not assign this Agreement without the approval of Producer first had and obtained.

19. This Agreement shall inure to the benefit of Producer, its successors and assigns, forever.

20. The cost of modifications not provided for in Exhibit "E" attached hereto and made after delivery to Producer of either Batmobile I or Batmobile II shall be at Producer's sole cost and expense.

IN WITNESS WHEREOF, the parties hereto have executed this Agreement as of the day and year hereinabove written.

Owner shall either provide and install or provide for the installation of the following items:

3. The Mobile Phone between the seats with Beeper and Flashing Light.

4. The Batscope, with TV-like Viewing Screen on the dash with control buttons and Radar-like Antenna with aimable parabolic Reflector outside, with cockpit controls.

5. Anti-theft System- Flashing Red Lights- Piercing Whistle- Little rockets built into tubes at the back of the cockpit that fire straight up with a fiery whoosh.

8. Radar-like screen that Beeps and Blips and points an arrow as it picks up Robin's directional signal.

12. Receiver and Sender Computer to be installed in trunk of Batmobile.

14. The color of the Batmobile and the Bat Symbols to be placed thereon shall be mutually agreed upon between Owner and Producer prior to the completion of the Batmobile.

15. Special luminescent paint to define Bat outline at night, the placement of which shall be mutually agreed upon between Owner and Producer prior to the completion of the Batmobile. 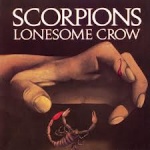